Auto-tuning: The innovation within everyone’s reach!

Skylane Optics, an SME based in Namur (Belgium), established in 2009 by Philippe Bolle, is a technology gem right in the heart of Wallonia (the mainly French-speaking part of Belgium). Its flagship product: A range of optical transceivers. Converting electrical signals into optical signals and vice-versa and slightly bigger than a USB stick, they boost data transmission power and speed on optical fibre networks.

With a presence in Europe, Brazil, Mexico, Colombia and in the United States, Skylane Optics is a multinational company that never stops growing in the highly competitive telecom market.

“IT WAS PHILIPPE BOLLE’S OPTICAL TRANSCEIVERS THAT ENABLED TELEVISION CHANNELS AROUND THE WORLD TO TRANSMIT WORLD CUP FOOTBALL MATCHES LIVE IN 2014.”

From connected cars to “smart home” automation systems, mobile payment services, and so on – the telecom market is constantly evolving. The technologies of today and tomorrow require more and more immediacy, and more and higher on-demand bandwidth. Transceivers, which are natural cornerstones in the roll-out of optical fibre networks, then become vital.

In Belgium, Fibre To The Home is still the exception rather than the rule, whereas in countries such as the Netherlands, Luxembourg, Spain, Portugal and also Sweden, many projects have begun to supply consumers.

While some countries have barely finished bringing in 4G, 5G is expected to be introduced in the very near future, and it will enable Industry 4.0 to grow and smart objects to emerge. Designed to meet modern society’s growing needs for data and connectivity, 5G will be the medium for the innovations of tomorrow such as connected cars, which will require a lot of 5G data to operate. Skylane Optics is an active participant in the roll-out of this new technology, by providing components for metro-core networks (networks that allow all towns and cities to be connected to one another). Such components employ unique cutting-edge technologies.

These days, Skylane Optics is focussing its efforts precisely on the challenges related to metro-core networks. They will enable the development of high-speed internet, both as regards the general public and as regards data centres. And the quicker the availability of high-speed internet spreads, the quicker the advent of 5G will be. As for metro-access networks, they will bring together household-name operators, which also have a metro-core network. Metro-access network operations are also part of what Skylane Optics is all about.

Since the installation of optical fibre is a very complex process that requires a huge amount of time and concentration, the telecoms sector wants to transition towards a new technological mechanism that could revolutionise the deployment of optical fibre.

Optical fibre network technology is constantly evolving, but there are two solutions that could simplify the roll-out of such networks. Coarse Wavelength Division Multiplexing (CWDM), which can contain 18 channels per fibre, was developed first of all, but it is quickly being replaced by Dense Wavelength Division Multiplexing (DWDM), which performs better, since it provides 40 channels per fibre. The only thing was that the latter technology, when it was launched, suffered from problems relating to high prices, to complex installation and to delivery. Six to nine months are required for delivery because there are only three Wafer Fabs in existence that make the lasers used (wafer fabs employ a manufacturing procedure that is made up of many repeated sequential processes for producing electrical circuits).

In addition, building a network using this process is not any simpler, for all that due to the fact that it entails dangerous manual assembly work – trying to deal with hundreds of optic cables and a connection rack manually, while at the top of a telephone pole, is definitely not a straightforward thing for a technician to do.

The arrival of Tunable

It was at this point that the tunable, also called Full C Band Tunable (a C band is a conventional band), came into being. This laser enables the desired channel to be chosen manually, using a transceiver. What are the advantages of this technology? It can be delivered quickly and it is much easier to install, because instead of having to connect 40 channels, there is only one single component, which represents the channel you want. This technology is advantageous on both the operational and financial levels.

Despite this advance, there is still one drawback as regards installation. Installation necessitates the synchronisation, remotely and manually, of two transceivers, in order for the right wavelength to be found, so that they can talk to each other. This technique requires many tests and much discussion between a technician and the network manager.

The move towards Auto-tuning 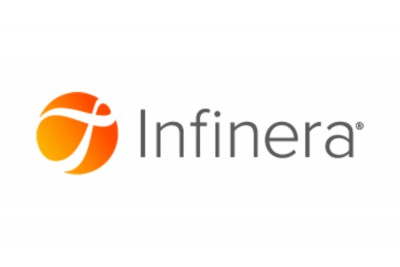 Automation then seemed to become the most ingenious idea. Auto-tuning software, which was standard first of all, came into being at the ITU-T (ITU Telecommunication Standardization Sector). A real leap forward in relation to Tunable, auto-tuning is a software program located inside transceivers that – using the transceiver “handshaking” technique (the transceivers are at either end of the fibre) – enables the wavelength to be selected automatically. The only thing that is required for a good connection is the use of 2 SFP+ Autotuning on each side of the optical circuit. The time saved thanks to this new tool is priceless, since installation only takes 30 to 90 seconds now, as opposed to at least one hour previously. The concept was popular, and so each transceiver manufacturer made the decision to create its own auto-tuning software (laser 10GB per second).

In this area, Skylane Optics differentiates itself and offers a unique and specific product for the market – a third-party optics auto-lambda (this software is designed and developed by Skylane Optics). The auto-lambda is Infinera-compatible (Infinera is the world leader in optical solutions and is based in California), it produces high-quality signals, at affordable prices, and radically simplifies the process for cable networks.

This revolution is auto-lambda. It operates, in short, by automatically connecting two transceivers located at each end of an optical circuit. The transceivers thus communicate on a low-bandwidth frequency, so that connectivity is established in the end on the right wavelength, without any help from computers. The services of an unspecialised technician are only required in order to connect the transceiver in the box. This technology thus considerably reduces the amount of roll-out work required, and it minimises mistakes.

Here is an example of a practical case: if a power outage occurs, Auto-lambda will be capable of reconnecting on its own, since it operates entirely in an automated fashion once the two ends have been connected.

Thanks to the fruition of this technology, Skylane Optics offers a cutting-edge solution that brings many advantages: optimised installation costs, lower error rates and a level of practicality that is currently unmatched.

However, the Namur-based SME is not going to rest on its laurels, since it is currently developing innovative solutions that will drive the telecoms networks of tomorrow, such as the TCS, a product that can be customised for clients and that was developed from start to finish by Skylane Optics. The TCS is expected to be their bestselling product in 2020. So stay curious and connected, and find out about the new products that Skylane is getting ready to launch.

The SFP+ Auto Tuning is available!
Do not hesitate to contact us for more information!